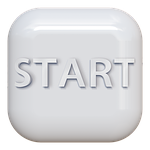 I’ve been musing over this recently, and I think a lot of confusion comes with knowing what’s backstory, and where our stories actually should begin. It’s something I am constantly struggling with – where is the start of my story?

I think I found a clue!

Whatever the journey is, the start of the story is not where the journey begins but just before. We need to show the character in their normal environment, in their status quo emotional state. We need to build empathy in the reader, curiosity, and hook them into wanting to find out what happens to change their state, and whether they survive. Normal, everyday situations that show their character as it is, and hint at the changes that must come, or even an unusual situation that nudges the main character (mc) in the direction of the journey they must take.

Some people go on a life-changing journey, or trip around the world. It is vital that we know who they were, so we can understand who they have become.

If the mc is at the airport, about to go on a life-changing holiday, then we can show an event that reveals that character as they are, before they need to change. So, if our character is reserved, sometimes gets pushed around, we can show that by having someone bump into her and not apologise. How does she react? Does she ignore what happened? If she is reserved, she may well do. As a reader we want to see her come out if that and stand up for herself and that’s what piques our curiosity. However, you can see that how she reacts now is key in understanding both who she is now, and who she must become.

Why is she reserved? Why does she not stand up for herself? These are questions then raised in the reader’s mind and they read on to find the answers. Does the reader need to know the answers now? No. And, they don’t necessarily want the answers immediately.

Having shown the mc as he/she is, we can then say that backstory is everything that has shaped the character to be who he/she is today, when the story begins.

So when will the reader want the answers?

That is the question, and it’s not easy to answer. There will be times when the character’s actions will need explaining.

In Pride and Prejudice, Mr Darcy acts cold and arrogant – particularly towards Wickham, which angers Lizzy and cause her to resent Darcy, but we don’t find out why Darcy is cold until much later in the book. We have hints at what happened and these come from Mr Wickham himself. By this time, the reader suspects Wickham is not what he seems, but Lizzy does not. The reader wants Darcy to be the hero, Lizzy wants Wickham.

We don’t discover the true history between him and Mr Wickham until the letter which explains much of why Darcy behaves the way he does towards Wickham.

So, we see that the reader goes on the journey with the mc, but at some point, we can see more than they can, and then comes the tension of when will the mc find out…

Darcy and Wickham’s backstories are only revealed at certain times in the book, and we certainly do not know everything about them, only the important events that have shaped them into the characters they are today.

Your important event that shaped your character might be an almighty one, like the murder of their spouse. Sometimes people choose to show these in a prologue, since they are huge and interesting and ‘hooky’, yet are still a part of the backstory to show who the character is before they must change. Perhaps the murder of their spouse sends them into a spiral of gambling and other issues. Perhaps it’s depression. What the reader wants to see is how the character gets out of this, how he conquers his demons.

The mc might be in a completely ordinary situation – like Bilbo Baggins celebrating his birthday in The Hobbit.

So what is backstory?

Also bear in mind that a novel may not start with the status quo of the mc, but of the antagonist – a murderer, for example. In Lisa Jackson’s Cold Blooded, she begins with a prologue showing the murderer hunting. This raises questions – who is he hunting and why, and why is he a murderer?

Backstory isn’t just the prerogative of the mc, either …

Who is your character at the start of the journey? What shaped their characters?

Also, if we know all of this, our characters will be far more rounded as people. It’s worth putting the time in to discover backstory, even if we don’t use it in the novel.