Where has it come from?

“Grok /ˈɡrɒk/ is a word coined by Robert A. Heinlein for his 1961 science-fiction novel, Stranger in a Strange Land, where it is defined as follows:

Grok means to understand so thoroughly that the observer becomes a part of the observed—to merge, blend, intermarry, lose identity in group experience. It means almost everything that we mean by religion, philosophy, and science—and it means as little to us (because of our Earthling assumptions) as color means to a blind man.”

I think the definition is wonderful – unlike the word it defines.

I’ve come across this word a few times, it seems to be entering our regular vocabulary, and, as a word-lover, I am highly disturbed. If ever there was a word that sounded nothing like what it meant, this must be it.

It has even entered the Merriam-Webster dictionary now: To Grok means to understand something intuitively, or by empathy; or to establish a rapport. Um, ‘I grok you’? Just. No. 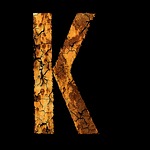 I think the problem with this word is the G and the K.

To me, a G is like a circle that has been broken – perfection perverted by a single inversive line, whereas a K is angles everywhere, like a skeleton with broken bones. Taken on their own, or with more letters between them, they can look and sound more harmonious, like ‘Keeping.’ Maybe if a word begins with K and ends with G it is improved somewhat. I’m trying to think of more four-letter words beginning with G and ending in K …  um … and came up with these:

Five letter words? I resorted to Google and came up with these:

‘Glisk’ isn’t bad, I have to admit. The S softens the effect of the G and K.

Grok sounds Neanderthal. Hard G. Hard K. Grok. Like something is stuck at the back of one’s throat and they have to ‘Grok’ to get it out. I discovered Mr Heinlein himself agreed (again, according to Wikipedia):

“Heinlein describes Martian words as “guttural” and “jarring”. Martian speech is described as sounding “like a bullfrog fighting a cat”. Accordingly, grok is generally pronounced as a guttural gr terminated by a sharp k with very little or no vowel sound (a narrow IPA transcription might be [ɡɹ̩kʰ]).”

Sorry people, but this is one word that needs to stay within the confines of a book and not escape!

Can we please not entertain this into our varied and, mostly, beautiful language. Mr Heinlein invented this as a Martian word. It needs to stay on Mars.