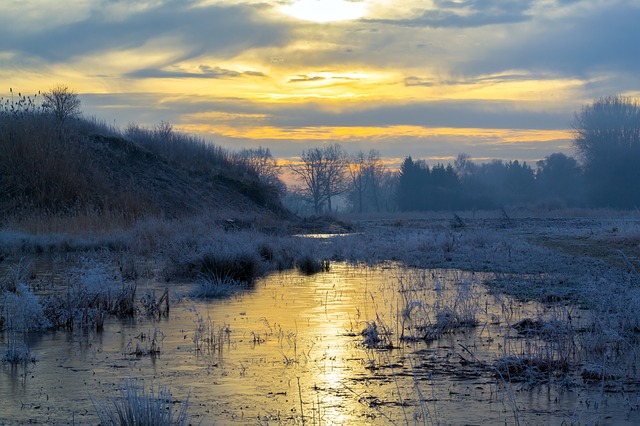 The pond lay silent, like an open grave that had not been disturbed. Ice filmed the surface, freezing the plants below in a snapshot of life. Vivid green when they captured the sun’s rays, these filaments now stretched like black fingers, as if intending to squeeze the vitality from every life form they encountered.

A goldfish flicked amongst the leaves, a glimpse of fire in a gelid world.
She stepped forward. The snow crunched underfoot, like the sound hard biscuits make when you bite them. Biscuit. The word meant twice-cooked. Like toast. That crunched too. The air around her barely breathed, so she held her own, thinking if she concentrated, she might know what it was to be at one with nature.

She tore her gaze away from the hidden secrets of the water and up to the heavens. The orange sun hovered above the horizon, suspended as if it, too, had forgotten to breathe, had forgotten it lived. Fingers of cloud puffed pink and red streams into the dark sapphire sky. Unable to hold still, she loosed the air from her lungs. White fingers flowed out of her mouth. The Bible said that God had breathed life into Adam and Eve. Did that mean life was in the breath, as well as the blood? Did we breathe out small elements of our spirits every time we exhaled? Maybe that was why the bonding of two people was so precious. Because elements of their spirits, their souls, mingled, became one. So, she mused, did that mean when someone you loved died, small parts of those left alive, those who had breathed with them, also died?

She thought so. When her baby had died a few months ago, part of her had died. Or else lay frozen, like the plants under the ice, waiting for the sun’s heat to reinvigorate them. The long winter of her soul had just begun, yet where in nature there was the promise of new life, regeneration, she had no such reassurance. What if that part of her remained lifeless? She had never realised how much energy it took to maintain lifelessness. How long could the plants live under water without the sun’s heat and energy?

Crouched down, her bottom brushing the snow, she removed her glove and stuck her little finger through the ice. Cracks fled from the hole and she blew gently on the surface. The thin sheets of ice were forced further apart and she exulted in her small victory. The shadowy tendrils waved at her, acknowledging her kinship with them. It’s fine to sleep now, they seemed to say, conserve energy for re-growth. The plants might grow in another direction once the sun’s warmth coated the earth. Could her spirit grow in another direction?

Grief was a form of death. It silenced laughter, swallowed appetite and screwed all that was good down into a ball of frozen horror inside your stomach. They never told you about the livid scars, the living fingers of death like anxiety and hopelessness. 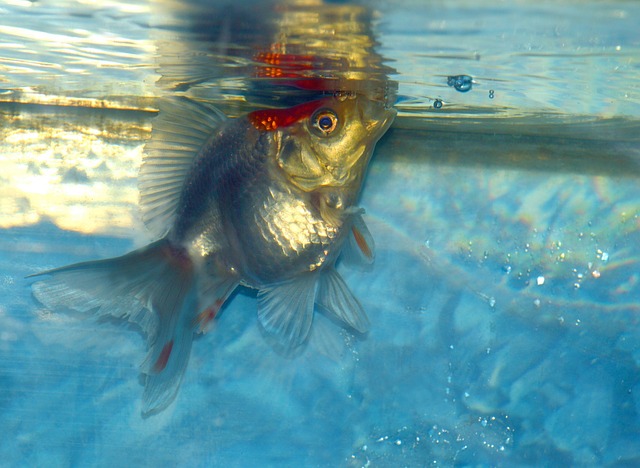