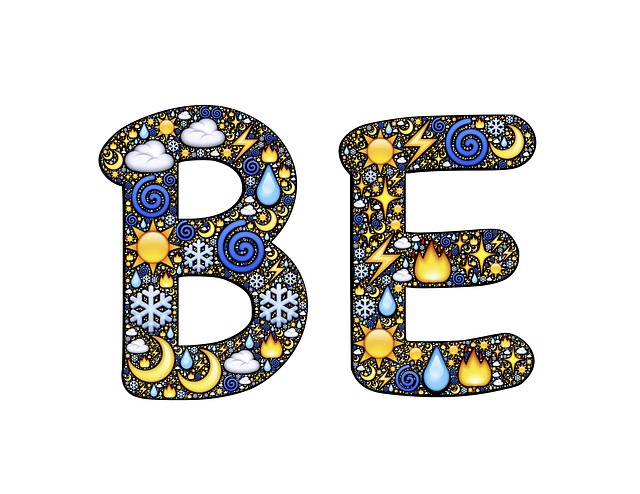 There is usually a lot of discussion on writers’ forums about the use of the verb ‘To Be’.

So often people say, “Don’t use ‘was’.” Why not? Because it’s weak. Well, it’s only a weak verb if used inappropriately. Its function as a verb in the right place is invaluable.

The verb ‘to be’ is a linking verb showing existence, or the condition of the subject (also used as an auxiliary verb when forming the passive, but I’m not going there now!!).

It is raining.
My mother is a pilot.
The soup is very tasty.

All of these are statements telling us how, or what, something is. Imagine those sentences in a novel.

And this is why so many people want to avoid this verb.

Look at the following as an example of how the verb can be used (scene of a murder):

“There was a thin strip of cloth leading from the belly to the pubis, like an arrow showing the way.”

“There was a thin strip of cloth leading from the belly to the pubis.”

In the second example we have a statement of what/how something is. In a novel, that doesn’t do much for the reader by itself. It is boring. So what that there’s a thin strip of cloth. So, we add something, a little extra to tease the reader’s imagination.

This is the part that (should ) tease the reader’s imagination. An arrow? What does that mean, what does it signify? These are questions you want to raise in the reader’s mind.

Writing is about telling a story, building a picture. In Charles Dickens’ A Tale of Two Cities, his famous beginning repeats the use of ‘It was’ several times, and he intended it this way. Not only does the repetition bring rhythm to the paragraph, he is building a picture using superlatives because that is his point. When you read the paragraph, or say it aloud, the ‘it was’ fades into the background, almost like it’s not there.

And that’s what we need to do with any sentence we have using the verb ‘to be’. The verb needs to point towards something important, something that grabs the reader’s attention so that the verb itself recedes into the background.

The verb ‘to be’ is a telling verb. It tells the reader something. We use it in everyday speech to tell others something about ourselves, someone else, the weather… etc

“I’m so happy!” Clara bounced around the room …

If I just wrote “Clara bounced around the room” the reader would likely need something else, another clue, as to Clara’s state of being. She’s bouncing? Why? Has she been bitten?

We can tell a lot from context, but sometimes it is better to tell the reader immediately so the picture is clear.

Sometimes a tell then a show works much better than just a show.

Sometimes I read sentences and it takes me a minute or two to decipher what the author is telling me because they are showing too much and I just want to be told. Especially with emotions. Someone bites their lip. Are they nervous? Shy? Annoyed? etc. A quick tell can accomplish much, but is better when accompanied by a show. Why? Because that tell disappears. Our brains have absorbed the tell, we know what the state of something/someone is, and now we’re looking at the show.

If you use the verb ‘to be’, make sure it gets lost. Make sure it disappears into the background by what the rest of the sentence is saying.

You don’t want readers to notice words that are there or not there. You want readers to absorb the words so the story is foremost in their mind, so that questions get asked. If a reader persistently trips over words because they are not used well, or not there when they should be, or the sentence is not written in a way that the meaning is communicated instantly, you can lose the reader.

Words are our tools. Know what each word does, know what it does in relation to other words, understand context. This is what I’m learning…